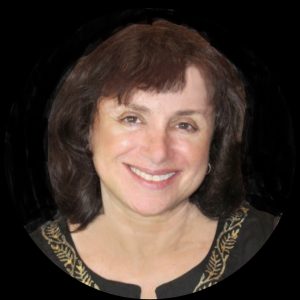 I just love joining new social media groups, especially on LinkedIn. So, imagine my own sad face when I reached my LinkedIn groups limit of 50! It's time to bite the bullet...
Share
Share
Tweet
Share
Email

I just love joining new social media groups, especially on LinkedIn. It’s so exciting to see all those new faces. So, imagine my own sad face when I realized that I had reached my LinkedIn groups limit of… 50? !

What’s up with that? Why would LinkedIn, the preferred business social media platform for millions, not let people join more than 50 groups, especially when Facebook allows us to join up to 6,000?

In any case, it’s time to bite the bullet and detach myself from a bunch of dead-beat social media groups that I don’t benefit from anymore. That’s what I have to do if I want to grow my network and find referrals and customers that are a good match for my business.

Experienced gardeners purchase mulch by the truckload and pile it onto their flower beds 6 inches deep. Mulch suffocates the weeds so they can’t, in turn, suffocate the classy flowers. Unfortunately, we can’t just pour mulch over our LinkedIn social media groups and expect our clutter to magically disappear without putting serious thought into which ones are worthwhile and which ones are not.

Here are a few questions that helped me decide which LinkedIn groups to leave:


(Be patient because LinkedIn only allows members to quit groups one at a time.)

My only other exception to these quitting rules are social media groups that tout good causes, like Susan G. Komen for the Cure and The Jimmy Fund. I will keep my memberships in these because I support their causes and want to learn all I can.

As I was deciding which groups to leave, I have to admit that I may have joined a lot of these groups for some pretty shallow reasons…

Choosing LinkedIn Groups that Matter to Me

With these wrong reasons for joining still in my head, it should be much easier to find new groups that will help me. Here’s the criteria that I will use…

With social media being such a big part of business networking these days, it’s important to be thoughtful about which groups will produce the highest-quality referrals, and maybe even some customers…

And, now that I have used my own advice to break up with a bunch of groups, I’ve also decided to take it slow and only re-add one group per month at the most. I think it makes sense, for me, to participate with depth… instead of trying to be all things to all groups.

In any case, I’m down to 20 groups and it feels great!