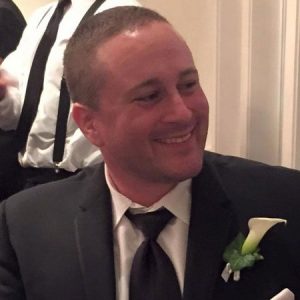 Disclaimer: This is not an article about how to SEO, it includes no tips, nor any surefire ways to rank above those competitors of which you’re so envious. This article does attempt to explain the two big buzz-words in SEO, White Hat and Black Hat. I am in no way affiliated with the book “SEO for Dummies” by Peter Kent. I’ve never read it and offer no endorsement whatsoever, but if that’s what you’re looking for, you can find it here.

Now, on to business.

For most businesses, SEO can be a highly effective form of online marketing. Over time, your cost per visitor through search engine optimization can be far, far lower than all other forms of advertising. The problem is that it’s kind of a crapshoot. Google is constantly changing their mind about what’s acceptable in terms of optimizing your website… actually, to be more accurate, they are constantly improving ways to detect what they have already deemed unacceptable in their eyes. To be clear, there is a really big difference.

Google has said for years that… well, let me just quote them:

Sooo… isn’t that kind of why you hire an SEO company? Because they know the techniques and even the tricks to get your website ranking higher than the competition?

I would think so, yes.

Discerning the White Hats from the Black Hats

Typically, the term “White Hat SEO” refers to ethical changes you can make to your website and actual promotion you can do to attract quality links to your content. “Black Hat” techniques have a far more devious intent, with the decided ambition to surpass competitive sites in the rankings and do so through corrupt and immoral means.

Let me quote again, from the same place:

“A good rule of thumb is whether you’d feel comfortable explaining what you’ve done to a website that competes with you, or to a Google employee.”
– Google

You can’t make this stuff up folks. Google is basically asking you to tap into your noble and principled frontal lobe to decide how far to push your SEO crusade. So where is the line between black and white? I guess it depends on who you ask.

If you’ve hired a search engine optimizer before, you’re in the process of finding one or just doing research to try and do it yourself, you already know that everyone claims to practice white hat techniques. What’s more, I can’t really say they’re lying. The truth is, that anyone with a conscience simply cannot compete with those who have less-than-virtuous motives.

Hold-on, that sounds really bad… Let me clarify. I’m not a monster, I have a conscience and I like to think it’s a pretty good one at that. But as an SEOer, my ethical culpability lies with my customers… not with Google, and certainly not with my customers’ opposition. So when I go through and optimize a website month by month, the only thing on my mind is what works in general, and what will work for that customer. What’s more virtuous than that?

One of the reasons I decided to write this blog, is that when a potential customer comes to us for SEO, it’s becoming more and more likely that they will ask “Are you white hat?” My answer, like everyone else, is always yes, and I truly believe that we are. It’s become very apparent to me, however, that people are hanging their hat (pardon the pun) on this term which really doesn’t mean anything at all.

Let’s say you performed a study in which you interviewed 10 SEO companies and then let them work individually on the exact same campaign for a few months. You would find two things. First, as I mentioned, they would all say their services are white hat. But secondly and more importantly, they would all go about their campaign in very different ways. Without question, they would each have a different view of what white hat tactics entail, and I would bet that at least a few would venture off into the shadows of what even they would refer to as black hat territory. Every SEOer wears a hat in their own unique shade of gray, each with a distinct set of values and views on their own ethical responsibility.

My point is not that the landscape is riddled with SEO companies with low moral standards. It’s more that the terms black hat and white hat SEO have become completely ambiguous, at best. Businesses need marketers who can do their job well, attract targeted consumers and lots of them. In this particular case, that may mean doing things that Google doesn’t necessarily want you to do.

The truest of white hats will claim that their services will provide a better long term answer. To which I would ask “How in the world can you guarantee that?” — (crickets). Google is continually changing the landscape of how website relevance is measured and there is no telling what solutions they will literally come out with tomorrow. Who knows how advanced the next Penguin or Panda update will be. It all circles back to Google’s axiom that anyone trying to manipulate their search results is in the wrong.

So ultimately, it all comes down to one question: Which shade of gray hat will be on top tomorrow?

The truth is that websites are competing with Google for rank, not each other… and Google knows it better than anyone. By asserting that site owners should use their better moral instincts to decide what to do is merely a way of keeping SEOers like myself behind the curve.