How I Single-Handedly Put ‘GPS’ on the Map 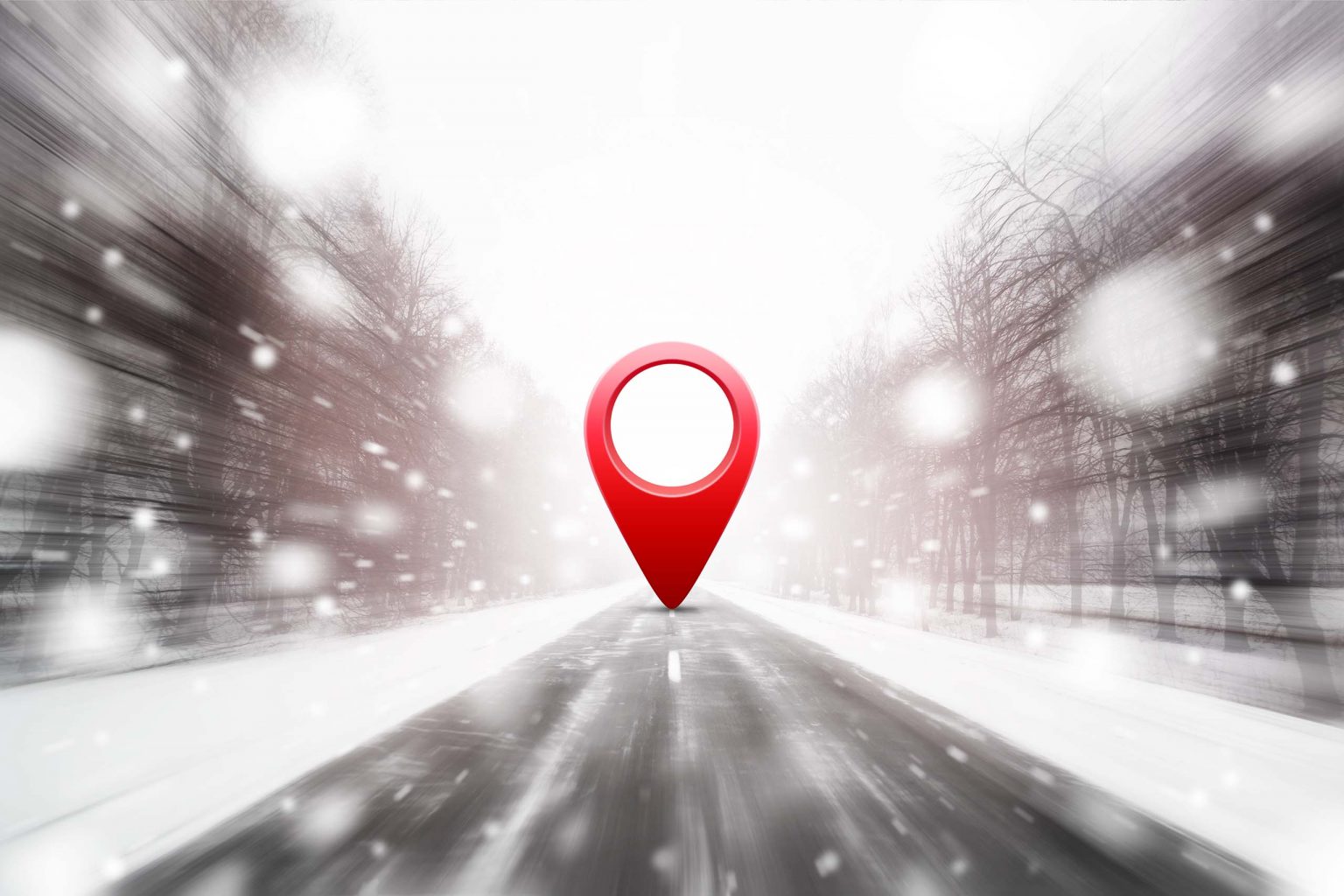 By the time I finished college, I was sick of academics. I could have graduated on time with a degree in Philosophy, but had a bit of an existential crisis my junior year once I realized just how in-demand philosophers actually were. That is to say, they weren’t.

As I pondered what to do with my life, I took some business electives to try to figure it out. I couldn’t stand finance, management wasn’t my thing, and accounting was excruciating . . . but I fell in love with marketing. I decided to double down and pursue a second degree. Fortunately, I was able to graduate with a viable and even promising life-direction in mind — and only a little bit behind schedule!

After graduation I found an entry-level job at a digital ad agency on Wall Street as a “marketing associate.” Initially, my responsibilities were akin to those of an unpaid intern — getting coffee, taking lunch orders, delivering things around the office, doing some basic research, and a variety of other grunt work.

It wasn’t a huge agency (I think we had about 40 people at the time), but the people in charge, the partners and the creative director, were well-connected industry insiders. Our roster of clients was impressive: Coca-Cola, ExxonMobil, Fujifilm, MinuteMaid, and Western Union just to name-drop a few.

Our business was focused primarily on digital content and advertising. While the industry was still relatively primitive back then, we were typically tasked with developing company-wide content strategies and targeting various markets through rudimentary display and search engine ad campaigns.

One of our other big-name clients was the withering Circuit City. For those who don’t remember, Circuit City was one of the largest big-box electronics store chains in the country. If you wanted a new TV or a computer, that’s where you went. However, by the time I was working on Wall Street, Circuit City was having major problems. They were getting killed by their primary competitor, the up-and-coming Best Buy, which was exploding — they were even named “Company of the Year” by Forbes magazine somewhere around that time.

While Circuit City may have once been a shining beacon in our client portfolio, the prestige of that account was fading fast. There were murmurs around the office, and everyone knew Circuit City was imploding. The writing was on the wall — at least internally.

As a result, Circuit City didn’t get a whole lot of respect or attention from the partners. Ad and content campaigns weren’t given much thought, and many of their projects were dumped on  people like me, with no real instruction or direction.

One such project was the annual “Top 10 Holiday Gift Guide”. As you might expect, this was basically just a projected list of the most popular products for the upcoming holiday season. With Circuit City becoming an afterthought around the office, the honor of creating the Top 10 List this particular year went to — you guessed it — ME.

I took my newfound responsibility very seriously. This was my first task of any real importance and I wasn’t about to squander the opportunity. I had no idea where to start, but I was always interested in electronics and computers, so I began with what I knew — by digging into tech blogs and magazines. Before long, I had a list of dozens of potential products across all sorts of categories.

I worked on that list for two weeks straight. If I had any other work to do, I assure you it was neglected. Even though it was only the middle of August, I worked like Santa on Christmas Eve to get it delivered.

By the time I was finished, I was extremely proud of my list and very confident in the top ten I had picked.

I had scoured insights from the biggest, most influential names in the tech review industry and compiled them all into a carefully curated list of MY top-10 holiday products — all of which could be conveniently found — where else — on the shelves at Circuit City!

I don’t really remember any specifics about the list, except that I had ranked the newest Garmin Nüvi GPS as my #1 gift idea. Using a GPS to get around was quickly growing in popularity and Garmin was one of a few well-known manufacturers at the time. Other electronics stores had them prominently featured on their own websites and catalogs, and tech gurus were going ga-ga for the latest and greatest models. It was hardly going out on a limb for me to put the Nüvi first on my list.

When I proudly brought the completed gift guide to my boss, complete with pictures and witty headlines, he looked it over for a minute or two before saying, “Great, thanks.” Somewhat stunned and more than a little disheartened, I managed to utter a, “Sure, no problem,” before heading back to my desk. And that was it….

In hindsight, I’m not exactly sure what I was expecting or looking for. Maybe copious amounts of praise coupled with an on-the-spot promotion — but that didn’t happen. In fact, while I increasingly got more and more stuff to do, I don’t think I ever got tasked with another project that was quite on the same level as “the list.”

I grew increasingly frustrated. I just wasn’t getting the kind of hands-on experience I had hoped for. I was not being exposed to the client side of the business or even the thought process of how the campaigns were created for our clients. Even worse was the commute — two and a half hours door-to-door, every morning and every night was brutally de-motivating. Nearly ¼ of my day was spent on a train or a subway. I decided at that point that agency life in the city wasn’t for me. I quit and started looking for opportunities closer to home.

I happened to have a few rudimentary web design skills and actually ended up building my first professional website for my uncle’s business. I spent a couple months figuring out what the hell I was doing and actually launched it! Then I got another. And another. It wasn’t much, but it was enough to pay the bills while I looked around for something else. But all of that is another story.

Later that fall, I got a call out of the blue from my old boss who sheepishly informed me that Circuit City was planning to base their entire holiday sales strategy on my top-10 list! They wanted to know how I got my information and where I “got the list”. I was kind of dumbfounded, to say the least, but I managed to explain that I was the one who organized the list, and that there were probably hundreds of actual sources. I told him whatever I could remember, but in hind-sight, I probably wasn’t all that helpful. Either way, I was thrilled that I had finally gotten some recognition for my work.

At this point in the story, I would love to be able to tell you that we saved the company with my  masterfully crafted Top-10 Holiday Gift Idea list. We did not. The Circuit City that exists today is not even the same company that existed back then. Honestly, I have no idea if we had any impact on that seasons’ holiday sales whatsoever.

What I do know is that GPS devices, sold by Garmin, TomTom, Magellan, and others were absolutely HUGE that season. In fact, they were the biggest growing product category that year (up 170%), and it wasn’t even close. In the years that followed, this technology would become completely ubiquitous, eventually becoming a mainstay and an integral feature in modern phones and cars.

I like to think that this world-changing technology was all set in motion by me. Because of my Top-10 List, I had single-handedly put ‘GPS’ on the map!

Okay, okay, maybe I wasn’t the only one responsible for the global rise of GPS — I guess I should give the engineers and product designers some of the credit too — but I played my part!

Who knows if my contribution to a holiday gift guide for a failing electronics store had any tangible impact on the success of a product line that is now literally in everyone’s pocket — but I contributed.

One of the lessons I learned while working on that Circuit City gift guide is that no matter what, it pays to do something as well as you possibly can. While the monumental impact I had on the world may exist mostly in my own mind, I can look back at that experience with pride, knowing how it shaped my future and my personal success.

Looking back on this now, I also see a second lesson. Very few of us will ever have the opportunity to make a meaningful impact on the world. Fewer still will actually do the things we need to do to change it.

That doesn’t mean, however, that we can’t all claim the impact that’s rightfully ours.

Recognizing that each of us are capable of magnificent things is really just the realization that we have already done something amazing. Each small success builds on other achievements until one day you become aware that other people look to you as the expert. And in that moment of realization, you can see the value of all the things you’ve done leading up to it.

One thing that many small businesses don’t understand is that marketing is really just a way to jump start this perception.

A website, for example, provides an opportunity to identify the success you’ve had and amplify those achievements to the world.

When you promote a product or a service, you are isolating their best selling points and packaging them together in a way that’s appealing to the people you want to convince.

Understandably, this is not an easy thing for most people to do. It requires you to view your business and see the value you provide, from your customers’ perspective.

As tricky as it is, few things are as important to the growth of a small business as understanding how to effectively identify and articulate those things your business does well.

Anyway, here’s my point: If you have an amazing business, but no one knows how amazing it is, how can you ever expect it to grow? People are out there looking for help — help that you can provide. And now, more than ever, there are a ton of tools that can help you to get your message out in front of them.

Don’t let your lack of knowledge, skills, or whatever stop you from showcasing your experiences to the world. It’s all a matter of perspective. You are more of an expert than most. If you need help showing people that, we’re here to help.

review us on
©2022
Chroma Sites. All rights reserved.